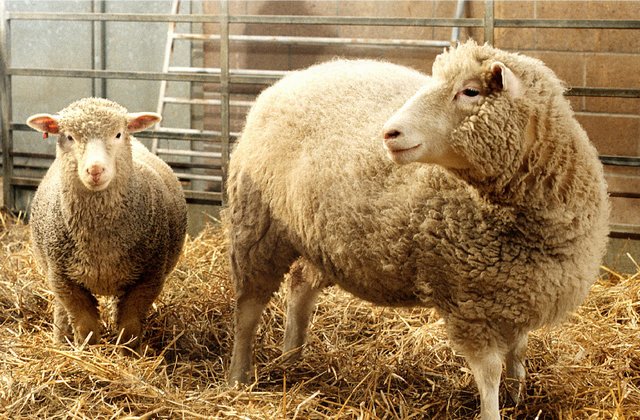 Advantages and Disadvantages of Cloning

Genetic cloning is the process of picking a choosing desired genes from DNA in order to ensure certain qualities. This new scientific advancement has gained a lot of heat from people all over the world. Many claim that it is morally wrong to manipulate nature. Let’s look closer at all of the advantage and disadvantages that genetic cloning has to offer.

CLONING AND ITS ADVANTAGES

Organ Replacement
This form of cloning allows scientists to take a small amount of cells from an organ, and harvest an entirely new, functioning one. This is extremely beneficial because of the large amount of people that are on an organ donor waiting list.

Cloning Help Infertile Couples to Have Children
Fertility problems could also be potentially eased with the use of genetic cloning. The child could have DNA and qualities from both parents, instead of just one.

The Benefits of Growing Eminent Persons
Very influential and historical people could possibly be recreated. People such as Albert Einstein and Martin Luther King Jr. could, theoretically, be brought back to life to educate and help people in today’s world.

CLONING AND ITS DISADVANTAGES

A Degree of Uncertainty
Many of the repercussions and effects of cloning remain unknown. It is a new world of science that is still continually be discovered. There is no real way to tell what the social, mental, and medical consequences may be endured due to cloning.

Cell mutation is a very real possibility with genetic cloning. This may result in new and more aggressive genetic disease to begin within the human race, creating a lot of problems. Many people believe that an event like this will be the demise of civilization.

Organ Rejection Because of Cell Mutation
Although the technique utilizes the cells of the organ of the recipient, there is still a chance that the cells will mutate. This results to a significant difference on the cell makeup between the replicated and original organ.